Conquer Your Insecurities to Gain the Confidence and Success You Deserve 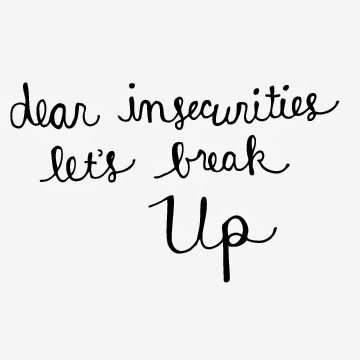 Our insecurities often stem from a fear of failure. This could be a good thing if you’re weighing the risk versus reward of doing something that puts you in danger. But more often than not, insecurities just hold you back from having what you want in life.
Insecurities can prevent you from getting the job you want or the promotion you deserve. If you feel like you’re not good enough, you may stop trying. And if you do try, the person responsible for giving you the job or promotion may pick up on your insecurities and offer the position to someone else.
If you’re insecure, it can hurt your relationships as well. If you’re constantly worried that your significant other is cheating on you, or is planning to leave you for someone else, this can put a lot of strain on your relationship.
A lot of individuals have financial insecurities, too. Financial insecurities can prevent you from making an investment that could be worth a lot of money in the future.
Take these steps to gain confidence and conquer your insecurities:
1. Take an objective look at yourself. Pinpoint some of the things you’re insecure about and consider what you would tell someone else in the same position.

2. Stop living in fear. Maybe someone else will get the position you want. Maybe that investment won’t work out and you might lose some money. Keep in mind that there’s no reward without risk.

3. Make a list of the things you’re afraid of. Write down the things that make you uncomfortable and why you think they cause you to worry. Review your list and think about whether these are legitimate, rational concerns.

4. Focus on past successes. Many times, insecurities stem from a traumatic experience in the past. Find a way to remember the positive experiences you’ve had rather than the negative.

5. Realize that you’re unable to control others, but you can control yourself. It’s difficult to predict the behavior of others. Your significant other may decide to break up with you and move onto another relationship. Your boss may decide that you don’t deserve the promotion. All of that isn’t within your control. You can only take ownership of your own actions.

When you dwell on your insecurities, you create a self-fulfilling prophecy. You can drive people away in relationships. You could lose a job or promotion because you believe you’re unworthy. Try to implement these strategies to get past your insecurities. It will give you the best chance for success.