The Blame Game: Why It Will Only Hold You Back 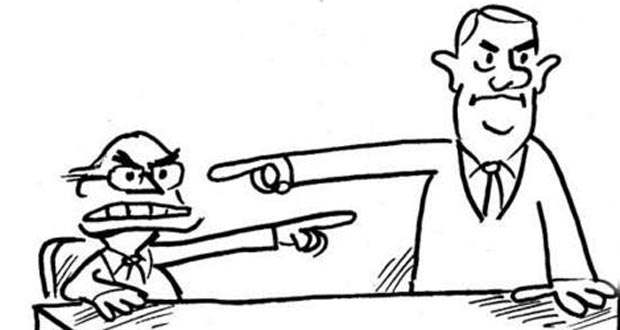 According to George Bernard Shaw, the people who succeed are those who look for the circumstances they want, and if they don’t find them, they go make them. Nowhere in that passage is there room for blaming others. Even when others slip-up, it can often be counterproductive to go out of your way to place blame on them.
Because it’s a natural defense mechanism, it can be tempting to blame others.
The biggest drawback with blaming others is that they are often coworkers, family members, or close friends.
If you’re constantly blaming yourself or someone else, why not seek some middle ground? After all, if a project failed, there’s probably plenty of blame to go around. If you tend to teeter from one extreme to the other, you’ll likely end up off-balance and miserable.
Blame is Not Punishment
It’s also important to keep in mind that blame isn’t the same as punishment. It’s fine to take the blame for something and be perfectly fine with it. Taking responsibility for a failed project, even if it isn’t 100% your fault, demonstrates integrity. Owning up to your missteps can often earn you the respect of your superiors.
The best you can do when you mess up is to acknowledge it and try to make amends. If you make it into more than that, you risk seeing the issue rehashed and dwelled upon.
Take a Moment
When a project fails, it’s easy to look for reasons why it’s someone else’s fault. Still, if you can put a wedge between that impulse and your next action, you’ll likely find yourself on a path to greater happiness and prosperity.
While it may seem immediately disadvantageous, the ability to own up to your errors will set you apart from the pack. Most managers understand that everyone fumbles sometimes, but it’s a rare person who can own up to it without trying to shift some or all of the blame onto someone else.
Think about Mr. Spock. If you can analyze the issue objectively, you’ll have an easier time discovering any mistakes that you may have made that could have contributed to the failure. Remember that actions set off other actions and reactions.
Keep Causality in Mind
Somewhere up the chain, something you did or said might have set off the entire catastrophe. If you fail to speak up about your slip-up, it could prove disastrous if someone else comes along and rats you out.
You have a short window of time after things go sideways to accept responsibility for your part in the event. Once that window closes, any admission on your part will seem self-serving. But, keep in mind that dealing with the criticism will make you a stronger person.
If you made an error, you may be able to avoid the next one by taking any feedback to heart.
If you’re on the opposite end of the spectrum, in a management position, realize that those below you don’t, for one moment, believe that you’re infallible. Owning up to your faux pas is an important part of gaining their respect. Without respect, it’s difficult to effectively manage others.