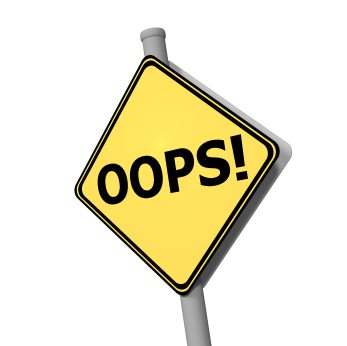 Sometimes it isn’t about what you don’t know. Often, it’s more about being mistaken about the things you’re certain are true. Misconceptions create challenges. What if your preconceived notions about success are incorrect? How might your beliefs about your likelihood of success change?
If your beliefs are accurate, you might find that achieving success is a lot easier than you originally thought. With a fresh set of beliefs, new actions and outcomes can be expected. Success starts with you!
Check out these 9 misconceptions of success:
1. It’s too late to reach your goals. Many of the world’s most successful individuals didn’t get started until later in life. Consider Colonel Sanders, who started Kentucky Fried Chicken in his sixties.
2. Successful people have to work insane hours. While many successful people do work many hours, that’s primarily because they enjoy what they’re doing. But it’s unnecessary to focus all your efforts on work.

3. It takes a long time to become successful. It depends on what you’re doing. If you want to become a doctor, it does take a while. But many things can be accomplished quickly with a good action plan.
4. You have to play by the rules to succeed. The alternate, “You have to break all the rules to succeed,” is also false. Each situation is unique. You can make up your own rules, as long as you avoid hurting anyone or breaking any laws.
5. Money isn’t important. Money is very important for those things that require money. Money doesn’t provide emotional support, but it can do a whole lot for you. If you’re unable to pay your bills or buy food, you already know the importance of money.
6. Success is only about making money. It’s important to have enough money to support your idea of success. But money isn’t everything! Maybe your version of success is about having freedom and enjoying life. Having more money than you need is of questionable value.
7. You’ll achieve the most success if you do it alone. Success rarely happens in isolation. You’ll probably need help along the way. Partnerships, joint ventures, favors, and mentors are often part of becoming successful. Hopefully, you’ll be able to pay it forward and help someone else on their road to success someday.
8. If you lack education or come from a certain background, you won’t find success. Successful people come from all backgrounds and levels of education. In fact, a disproportionate number of highly successful people didn’t complete high school!

9. Success is the goal. Success is the condition of having met your goals. It isn’t a goal in itself.
Success is frequently different than what we think it is. You’ve learned to talk, walk, and read. You’ve made friends and achieved many other things. Use those experiences to lead you down the path to success with your bigger goals.